Wow summer sure has flown by! I feel like we didn’t even touch half the things I had on my list to do but we kept busy regardless. Trey took Morgan and four of his friends along with Joseph and Jordan to Six Flags Over Georgia for the day. Morgan and crew were there to chaperone the little brothers but I have a feeling it may have been the other way around! Our boys had a blast and they all got in a last hoorah before school starts next Tuesday! 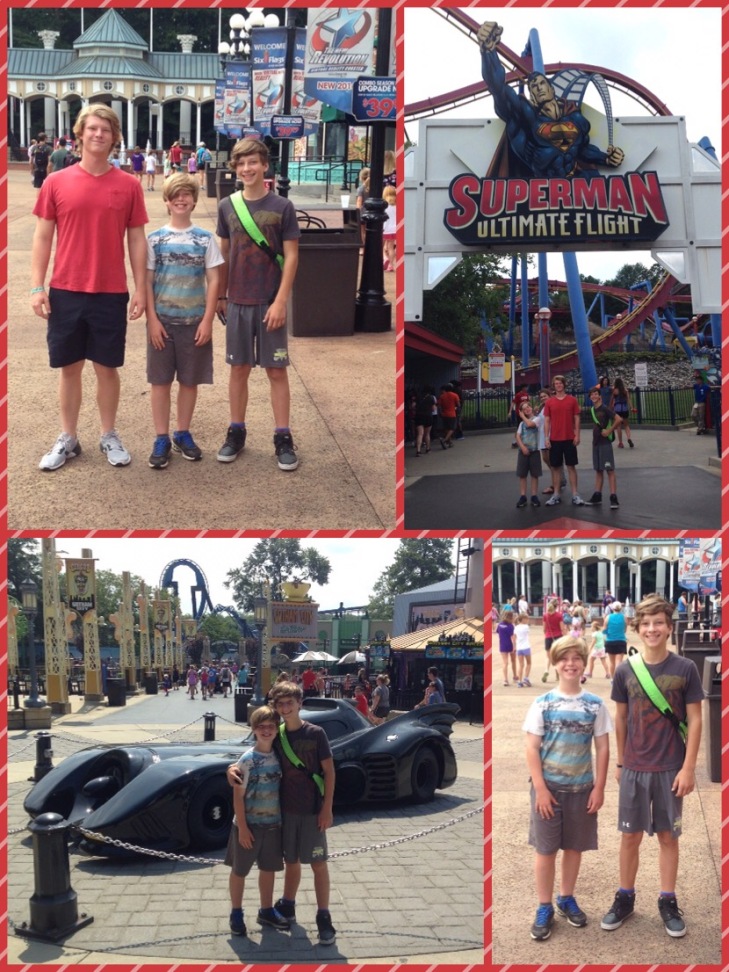 Morgan and crew happened to break out in a little dance routine on stage with lots of on lookers in the audience! This was after the guys had a “Dance Off” contest!!! 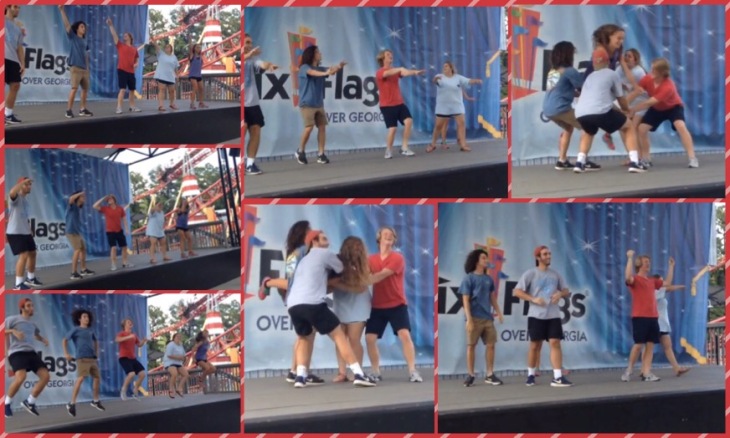